This crisp and fragrant white blend from the north of Portugal is not far from Spain’s Rias Baixas known and loved as the land of crisp Albariño. The cooler wet Região Vinhos Verdes is just south across the Minho River and while they allow Albariño in their blends (under the Portuguese Alvarihno) this punchy glass of pure refreshment is a traditional blend of Loureiro, Trajadura and Pedernã which come together like a dry and quenching like limeade made all the better by a chalky minerality and a sour patch acidity that clips off clean and snappy and beckons the next sip. With this sort of structure it goes without saying this has a charming affinity for food from the Iberian coastal fare with which it’s familiar to the Asian spices with which it carries on so well. This is an outstanding glass of crisp, white, northwestern Portuguese goodness for goodness sake. Drink it and lots of it because it inspires cheer and being chipper. 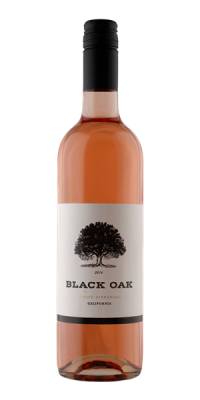 Lovely perfume aromas remind one of ripe melons, honeysuckle in summer, and cherry blossoms in spring. The flavors are bright and delicately sweet. There’s a good balance of fresh acidity that lightens up the complex texture. The succulent flavors are of juicy tangerine, white peaches and just-picked strawberries. All this with an additional hint of lemon-lime and sass that make this a very approachable and fun wine selection.
Read more

Aromas of vanilla crème brûlée, honey roasted pears and juicy pineapple. These follow through to the palate along with a hint of spice, tropical fruits and dried apricots. The oak is very subtle, the texture is silky and the finish is bright.
Read more

Flavors of black cherry, Italian plum and walnut with a subtle hint of dark chocolate give this fruit-forward Merlot a unique appeal. Its integrated and balanced tannin structure makes this a perfect food wine.
Read more